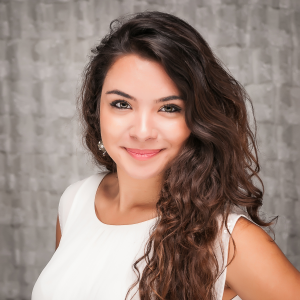 Ahva is the CEO and Co-Founder of Symba. She is a passionate social entrepreneur, and was recently named Forbes 30 Under 30 and a Global Entrepreneur Scholar by the US Department of State. Ahva completed her graduate studies at the London School of Economics and Political Science where she served as President of the Human Rights Students Committee and received the John Lewis Fellow with Humanity in Action.

Up next on Symba’s #NextGenWork series where we highlight workers in the gig economy is Tony Moir. Tony has an incredible career journey starting out as a classroom teacher and then making an exciting transition to working as a contractor in the IT space.

He has now been in the industry for over fifteen years and held a variety of roles with a range of organizations from working at a startup to large enterprises like Pacific Gas and Electric Company. In this way, Tony brings an important perspective and demonstrates how work is changing in one of the highest demand industries where there is a shortage of talent.

As we dive deeper into understanding the gig economy and contingent workforce, the IT space is one of the most booming industries nearing $4 trillion in spend globally in 2019 (Gartner). This is only projected to grow even more according to the US Bureau of Labor Statistics. A survey by Gartner indicates that over 60% companies are extremely concerned by this talent shortage. Matt Shinkman, Gartner’s managing VP and risk practice leader, informs that “Previous hiring strategies for coping with talent disruptions are insufficient in this environment, and risk managers have a key role to play in collaborating with HR in developing new approaches.”

There is a high demand for contract workers like Tony and companies are leveraging the contingent workforce to meet their IT demands. “The current environment for IT workers is one of opportunity, as unemployment remains low and demand continues to rise. Across every industry, it’s a job seeker’s market IT talent, for the most part, is in the driver’s seat, so tapping into contingent talent is a great way to fill gaps and find potential long-term talent solutions,” shares Jason Hayman, market research manager at TEKsystems. In this blog post, we take a look at Tony’s personal experience as a contractor in the IT and share his key pieces of advice for others attempting to follow his path in a very promising career.

Hi Tony, please tell us about a little bit about yourself.

I began as a classroom teacher, with a degree in English.  I had always been interested in computers, ever since we had used them in the classroom in sixth grade.  I had been a hobbyist, but had done coding and enjoyed playing games on them. So when it became economically difficult to live in San Francisco on a teacher’s salary, I began in IT with a startup company in the Pharma industry.  We were a very lean and many hats type company, so I got to learn the basics of a large variety of technology. It was a good basis for my future career.

Why did you decide to work in the gig economy?

The company I was working for was winding down the department, partially for consolidation, and partially because of the perceived independence that we enjoyed within a much larger company.  The positions were moved overseas, and I did not want to relocate. Fortunately, a friend I had worked with previously at another company had a project upcoming to recreate a similar enterprise-class software upgrade to one we had earlier done together.  It was a year contract, and before I had completed that contract, I was contacted by a recruiter for another, at which I am still working, after a couple of extensions to take on new initiatives.

What do you love about your work arrangement?

It is a higher pay rate, and it does afford some independence of hours and movement.  There is always the possibility of working different hours if they are convenient, and also the general flexibility if another job comes along.

What do you find is most challenging about working in the gig economy?

The benefits are uncertain, and there is also the possibility of an employment gap.  The issue is generally that contractors also do not get all of the privileges granted to full-time employees.  Things such as celebratory gatherings, gym membership and other perks that are not given to contractors for various reasons.  Additionally, working through an agency lowers your rate, because they take their cut. If there is a project cancellation, the contracts are usually written to allow the employer to cancel the contract with a certain amount of notice.

If you could fix anything about your experience working on short term projects, what would it be?

Make the benefits extendable between contracts, create a buffer period of pay between contract assignments, negotiate for the extra perks offered to full-time employees, and schedule short term contracts in advance, so there is no wasted time looking for the next gig when the previous one is winding down.

If you could give advice to someone interested in doing the same career as you, what would you tell them?

Make sure you choose a specialty that is in demand now and keep educating yourself in related fields in the future.  See if the company will send you to professional training, and reimburse you for tuition for classes you take to increase the skills that will end up benefiting the company in the long run.

Another added benefit of the gig economy is working remotely which is also a negotiable perk that can increase your sanity level, and decrease your overall stress

What is Experiential Learning?

Join our newsletter to stay up to date on upcoming internship opportunities.