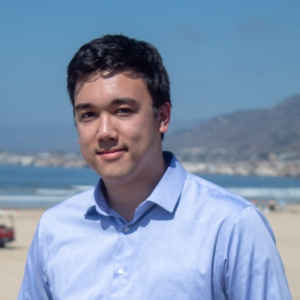 Charles is a digital marketing specialist from Symba. Before Symba he worked with other software startups in the realms of cybersecurity and computer-vision. He is a 2020 graduate of California Polytechnic State University, San Luis Obispo, with a degree in Journalism

While apprenticeships date back to the European middle ages, the current state of apprenticeship programs in the United States continues to grow and modernize. Apprenticeships began as a way to learn a trade by working under an adept mentor. With that knowledge, the apprentice could support the mentor’s business, start their own, or use it to get employed elsewhere. This is no different today even with the existence of large corporations and the development of technology producing new trades and opportunities.

This centuries-old practice allows hundreds of thousands of Americans to receive career-driven training each year while earning an income. Employers are able to hire high-quality candidates that they’ve already trained, screened, and built rapport with through apprenticeships, reducing recruitment and employee turnover expenses. While an average apprenticeship usually spans 4 years, the apprentice does not pay tuition or go into debt to obtain skills, but rather learns directly from those in their chosen industry, receiving on-the-job training and contributing to it. Furthermore, the apprentice walks away with a nationally recognized credential and workplace experience.

Colonization in North America brought European practices with it, including apprenticeships. For those of European descent, apprenticeships were proven to benefit their societal and economic development but were unstandardized and difficult on the industrial laborer. The apprenticeship was also a tactic forced upon indigenous populations; in California, apprenticeship laws targeting Native Americans led to the kidnapping, sale, and slavery of thousands of Native Americans, including children. Due to unfavorable apprenticeship conditions for European-Americans like low wages and insufficient training and the Emancipation Proclamation ending future forced apprenticeships of indigenous people, apprenticeships were rare by the mid to late-1800s. By the early 1900s, another surge of apprenticeships rolled in due to metal and manufacturing companies needing skilled laborers that offered training for employment. But around the 20s, training became more institutionalized and people turned to trade schools and universities to start their careers, lessening the amount that turned to companies directly.

In response to these waves in apprenticeship numbers and customs, Wisconsin started the first Registered Apprenticeship Program in the U.S. in 1911. It regulated apprenticeships and created a system for apprenticeship approval and procedures to assure they were beneficial to both parties and not abused as they had been in America before. By 1937, the first National Apprenticeship Act was established, which solidified a national apprenticeship plan and led to its expansion into other industries throughout the 20th century.

Earlier this year, the House passed the National Apprenticeship Act of 2021, aiming to implement this long standing workforce development system to create stable, well-paying jobs. The updated act would invest $3.5 billion over five years to fund and support nationwide apprenticeship programming and would bring around a million new apprentices across the country. This would also bring overall support to RAPs, encouraging and supporting companies in need of skilled workers to start their own employee development pipeline and those in need of job security to look towards apprenticeships.

Chairman Bobby Scott of the national Education and Labor Committee says that “apprenticeships are this nation’s most successful federally funded workforce development initiative” and commended the House for passing the Act.

In 2020, the U.S. Department of Labor granted $80.6 million to forty-two states and territories that applied for funding in order to support their apprenticeship implementation plans. These states received Tier 1 funding that ranged from $300,000 to $450,000. Twelve states that showed success and dedication to expanding their RAPs received additional Tier 2 funding ranging from $3 million to $9 million. The states awarded in Tier 2 have shown proof of actively expanding their apprenticeships into fields like healthcare; generating opportunities for “women, minorities, veterans, individuals with disabilities, and individuals with a criminal record”; and including small businesses not traditionally involved in RAPs, amongst other reasons.

States are also putting initiatives forward to encourage the creation of apprenticeships and employment of apprentices. These initiatives include tax incentives, program support and resources, and state grant opportunities. For example, West Virginia offers a tax credit “for hiring apprentices in a qualified apprenticeship training program of up to $2,000 or 50% of the actual wages paid in the tax year for the apprentice”. Montana will pay an employer a $1,500 tax credit per employed apprentice who is a military veteran. As for grants, Maine’s Department of Labor will subsidize 50% of a student’s tuition who is also an apprentice with good academic standing. These are just some of the state initiatives that are making apprenticeships a viable career step for many across the nation in 2021.

Why employers should capitalize on apprenticeships now

With the abundance of available support, encouragement, and benefits, employers should consider applying apprenticeships to their workforce development initiatives. Apprenticeships allow employers to train their own future employees, making an investment in those they work with as well as their business. Not only can employers capitalize on the recent financial initiatives to support their apprenticeships, but they also save money by providing on-the-job training of a future employee versus hiring recruiters to find already qualified candidates, which is not guaranteed. Through mentoring and developing an apprentice’s skills over several months or years, they can build a strong structure and partnership, lessening the chances of employee turnover. A participating company also contributes to social responsibility–the well-being of the community through social and economic support of its young people and workforce.

Employers interested in starting apprenticeships should contact their state’s apprenticeship division for guidance on planning a program. With the federal and state incentives in place, now is an ideal time for employers who want to start an apprenticeship to do so. Moreover, with COVID-19’s effect still lingering, new workforce development initiatives like apprenticeships can be a solution to gaps between secondary education and work experience, needing skilled labor but being unable to find the right candidates, and creating stable routes to employment.

Overall, the existence of apprenticeships as a way to build community and society still stands true today. The history of apprenticeships has not always been positive, but if implemented correctly, they can provide opportunities for all workers, employers, and those who are marginalized. By creating initiatives and making investments into the nation’s apprenticeships, the nation’s leaders are encouraging states and companies to invest in apprentices as the benefits are widespread and clear. Beyond governmental support, organizations like Symba also provide tech tools and resources to support organizations with workforce development programs like apprenticeships. Learn how you can leverage Symba’s platform to streamline the management of your apprenticeship program and provide a seamless experience here.

The Future of Apprenticeships

10 Things to Consider When Building an Apprenticeship Program